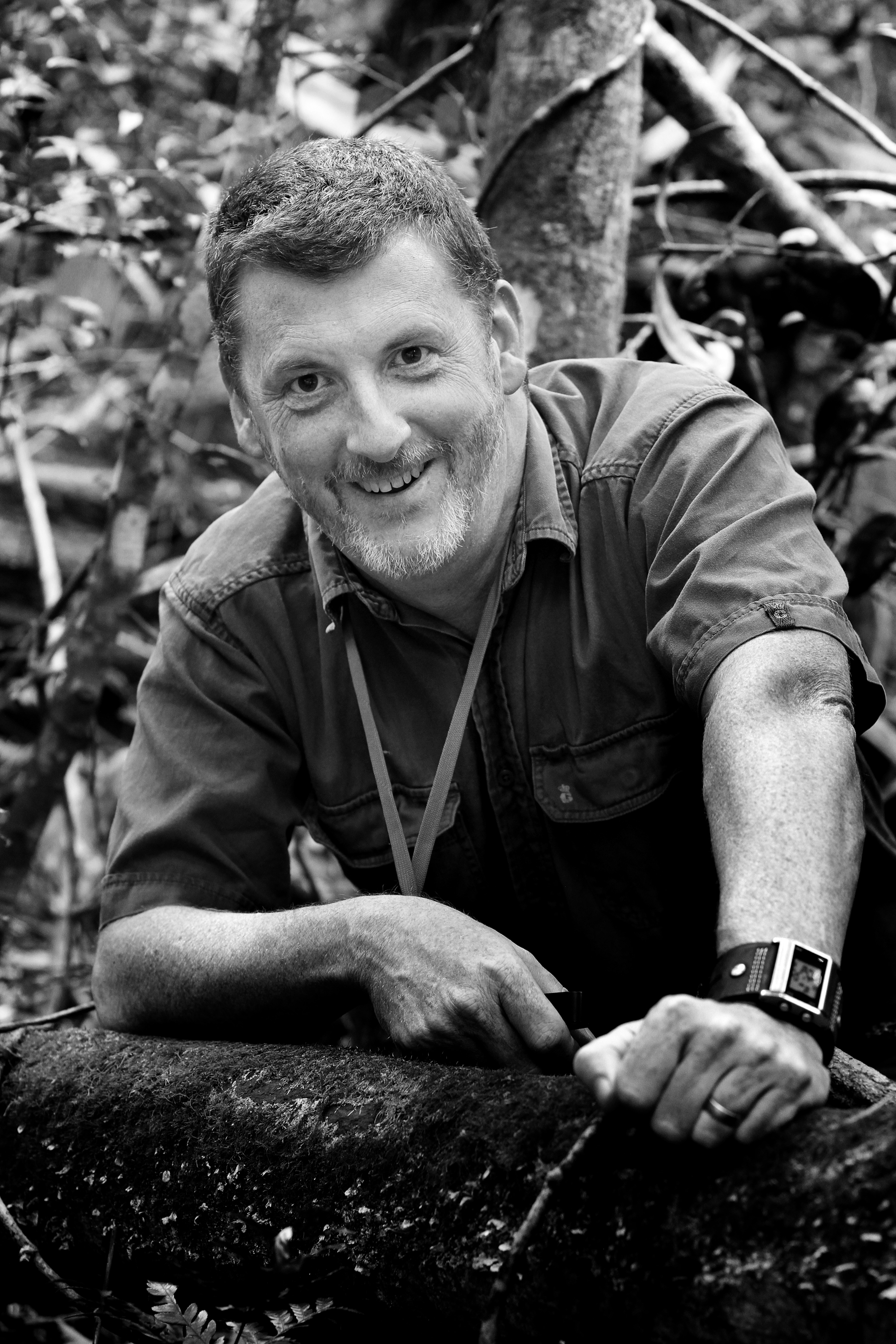 Biodiversity is key to the continued production of these ecosystem services which directly and indirectly contributes to our quality of life and ultimately how our society functions.

Q. What is involved in a botanical survey and vegetation assessment? (Bernice, Southport SHS)

A. Hi Bernice. Thanks for the question. What is required to be undertaken for a botanical survey or vegetation assessment really depends on the objective of your study or project. For example, the requirements for an Environmental Impact Assessment may include a comprehensive floristic inventory across both wet and dry seasons plus verification of the Regional Ecosystem mapping via sampling the vegetation structure and composition within numerous 50m by 10m plots.

Some projects may require searches for rare or threatened plants listed under the Queensland Nature Conservation Act or the federal Environment Protection and Biodiversity Conservation Act. Other projects may require mapping of serious weed populations or the assessment of the condition of the vegetation for environmental offset purposes. A botanist studying a particular genus of plant may head out looking for new occurrences of populations or potentially new species to describe or material to undertake genetic analysis.

I also study moss so I have undertaken moss surveys in various areas. I guess the common thread with all of this is getting out into nature and identifying plants and vegetation types. It also requires gathering enough field data to satisfy the objectives of your particular study or project and being able to analysis that data and synthesise it into a report or scientific paper on your return from the field.

Q. Do you use other technologies to complement or guide your vegetation field studies?

A. I regularly use GIS to help guide my field surveys and to produce maps illustrating the results of my surveys. We have been very lucky that the Queensland Government has a website called Queensland Globe that anyone can access to query many of the published spatial layers, such as geology or contour lines. You can also look at older remotely sensed imagery through Queensland Globe to get a history of a particular site. I have also used devices called data loggers that record the ambient light and temperature at a site every 10 minutes or so over several months.

This allows me to get an idea of the microclimate and how this may determine the species composition at a site. I am also a consulting arborist and was looking at UAV technology to enable me to examine the crowns of trees that I was assessing rather than having to climb a tree. Consulting arborists sometime use PiCUS sonic tomographs to assess the decay within a tree that you would not otherwise see. These instruments send sound waves through the tree trunk and because sound travels at different speeds through solid wood and air, we can map the pattern of decay within a tree. The presence or extent of decay may determine whether a tree could be kept and monitored or should be removed for safety reasons.

Q. How does the study of botany effect where mines are placed and established? (Emma, Babinda State School)

A. Hi Emma. Thanks for the question. Mines are usually positioned where they can readily and safely access ore bodies. If a rare or threatened species of plant or a threatened ecological community occurs in an area that is proposed as a mine then it usually triggers an environmental offset requirement.

The mining company will then have to secure and manage an offset area or translocate the rare or threatened species to counterbalance the loss of an ecosystem or plant population due to the construction and operation of the mine. Offsets can be expensive and difficult to legally secure, so it tends to be easier to redesign a development rather than trigger an environmental offset.

Q. Does the terrestrial biodiversity of Queensland affect how our society functions as a whole? (Emma, Babinda State School)

A. Great question. We are dependent on plants for our continued existence, not only as producers of oxygen but also for food, timber, fibre, pharmaceuticals, and a range of ecosystem services that vegetation may provide such as clean water and air.

Biodiversity is key to the continued production of these ecosystem services which directly and indirectly contributes to our quality of life and ultimately how our society functions.

Q. Can you explain the meaning of your company’s name Oberonia Botanical Services?

Q. How did you get interested in botany and how did you know that you wanted to do it as a career?

A. I can remember having an interest in plants in primary school especially the structure of flowers but it was only much later that I found out about ecology, where you can go out and study nature (and get paid to do it!). I did a Bachelor of Science, majoring in ecology and followed this up with an honours year where I undertook a study of bryophytes (mosses and moss-like plants) of the Antarctic beech (Nothofagus moorei) forest of the Border Ranges. I am now one of the few moss experts (or bryologists) in Queensland.

Q. Have you seen real life positive changes in vegetation management at sites over your career?

A. I sure have! When I first started in my career, we didn’t have a legislative framework in Queensland to manage native vegetation across the state. There was a lot of broad-scale tree clearing occurring where an anchor chain was dragged between two bulldozers to quickly clear large areas of vegetation.

Just over 20 years ago, the Vegetation Management Act was introduced by the Queensland government to reduce the amount of broad-scale tree clearing that was occurring and to strike a balance between land being used productively and protecting areas of native vegetation that should not be cleared.

Q. You train others in biocondition assessment – why is doing it right so important for our future?

This is what we are aiming for with BioCondition, that people from different organisations or backgrounds could assess the same patch of vegetation and get a similar result.

Methods such are BioCondition are critical for us to understand how the condition of a patch of vegetation may change through different land management approaches. It also allows us to monitor changes in vegetation condition over time to determine if land management practises are having the desired result. Through my training I can clarify parts of the method that may be difficult to understand if you are just reading it and help people do BioCondition in a consistent way.

Q. As a botanist, what’s the most amazing species that you’ve seen?

A. I must admit that I have seen lots of memorable plant species. I regularly monitor vegetation in the Kimberley district of Western Australia and I remember how excited I was to see my first boab (Adansonia gregorii) tree, which only occur in this region of Australia.

Seeing the Antarctic beech (Nothofagus moorei) forest of the Border Ranges clothed in mist was also a memorable experience as was seeing the Kwongan shrubland of Western Australia in full flower for the first time.

I am also an expert on mosses so there is a species of moss (Sorapilla papuana) that only occurs on the highest peaks of the Wet Tropics, which I was excited to see a few years ago.

Q. How can we contribute to vegetation mapping as a community? Are there programs we can get involved in, or websites people can upload their own data to?

A. Good site data underpins vegetation mapping. Appropriate site data in this instance would need to include a general description of the vegetation community, measurements of the height and cover of the canopy and the dominant species characteristic of the community.

As far as I am aware there isn’t a facility where the public could upload their vegetation site data which could then be incorporated into vegetation or Regional Ecosystem mapping.

Individual species sightings can be recorded via sites like iNaturalist or the Atlas of Living Australia (ALA) but no equivalent exists for vegetation communities. It would be great to have the facility where people can enter vegetation site data that could be used to improve vegetation mapping across the state. Any publicly submitted data would still require vetting and checking before it could be used but I think it is a great idea.

Andrew is one of Queensland’s most respected botanists with over 20 years’ experience working within professional environmental consulting firms and the Queensland Government. His specialist skills include Regional Ecosystem verification and mapping, ecological assessments, vegetation and weed mapping, botanical assessments, project management, and developing / delivering training packages on Regional Ecosystem and BioCondition assessment methods. Andrew has been involved in numerous publications and presentations including co-authoring BioCondition: A Condition Assessment Framework for Terrestrial Biodiversity in Queensland (DSITIA, 2015).

Andrew has undertaken numerous botanical surveys and vegetation assessments across Queensland, Western Australia and Victoria for projects in the mining, gas, infrastructure, government and planning sectors. He is also a consulting arborist and bryologist, adding to his large and varied list of environment and vegetation skills.